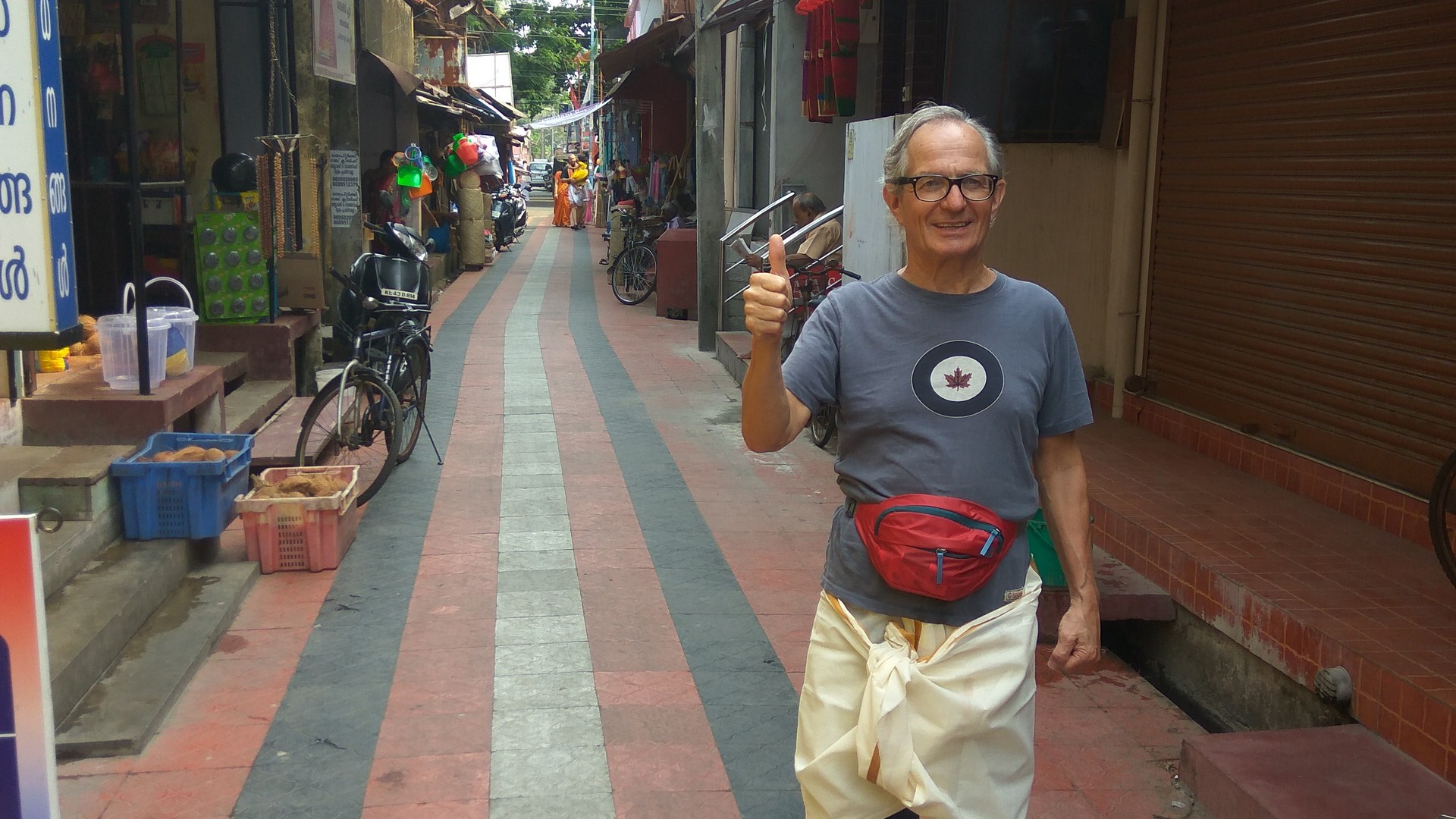 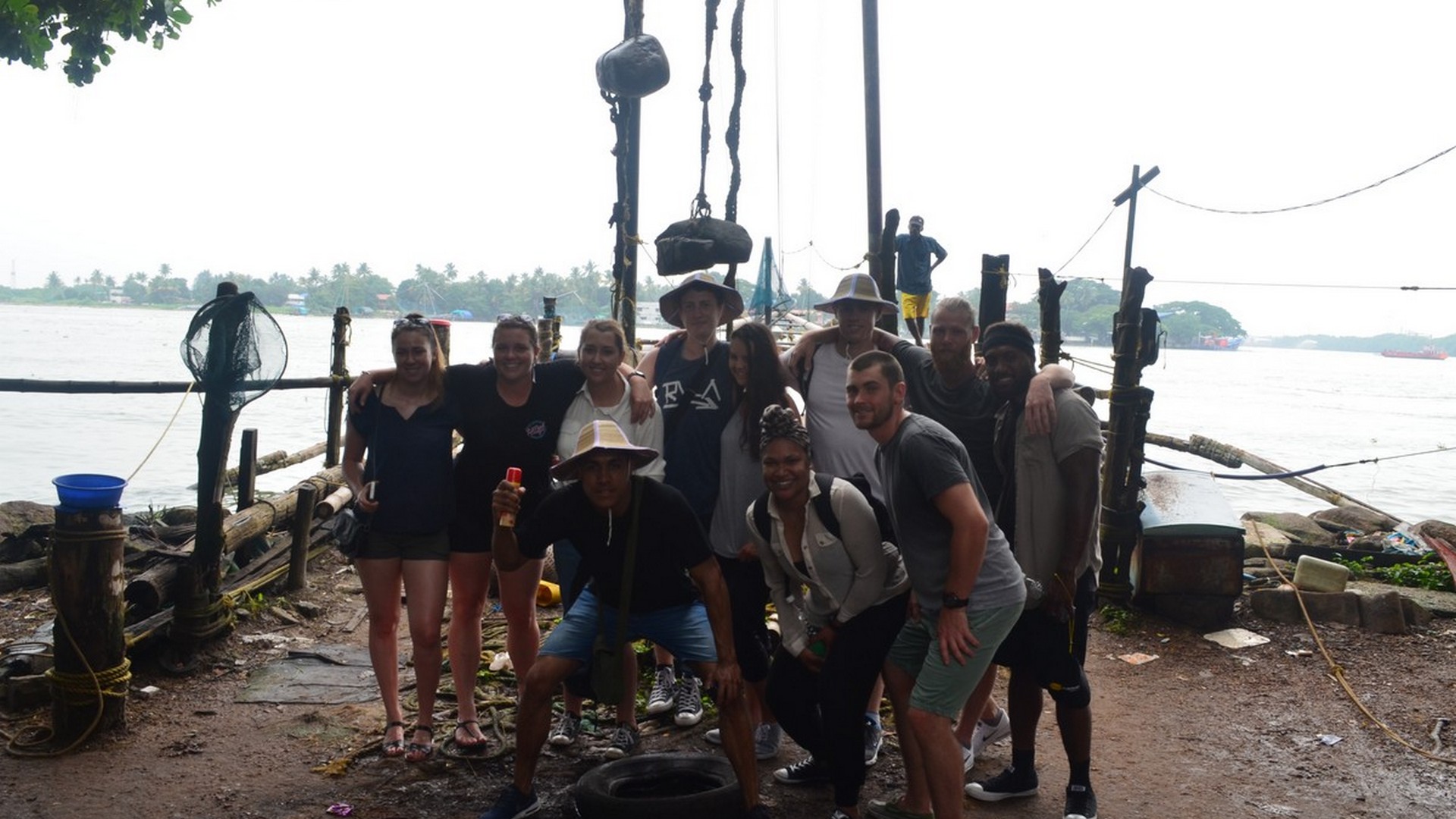 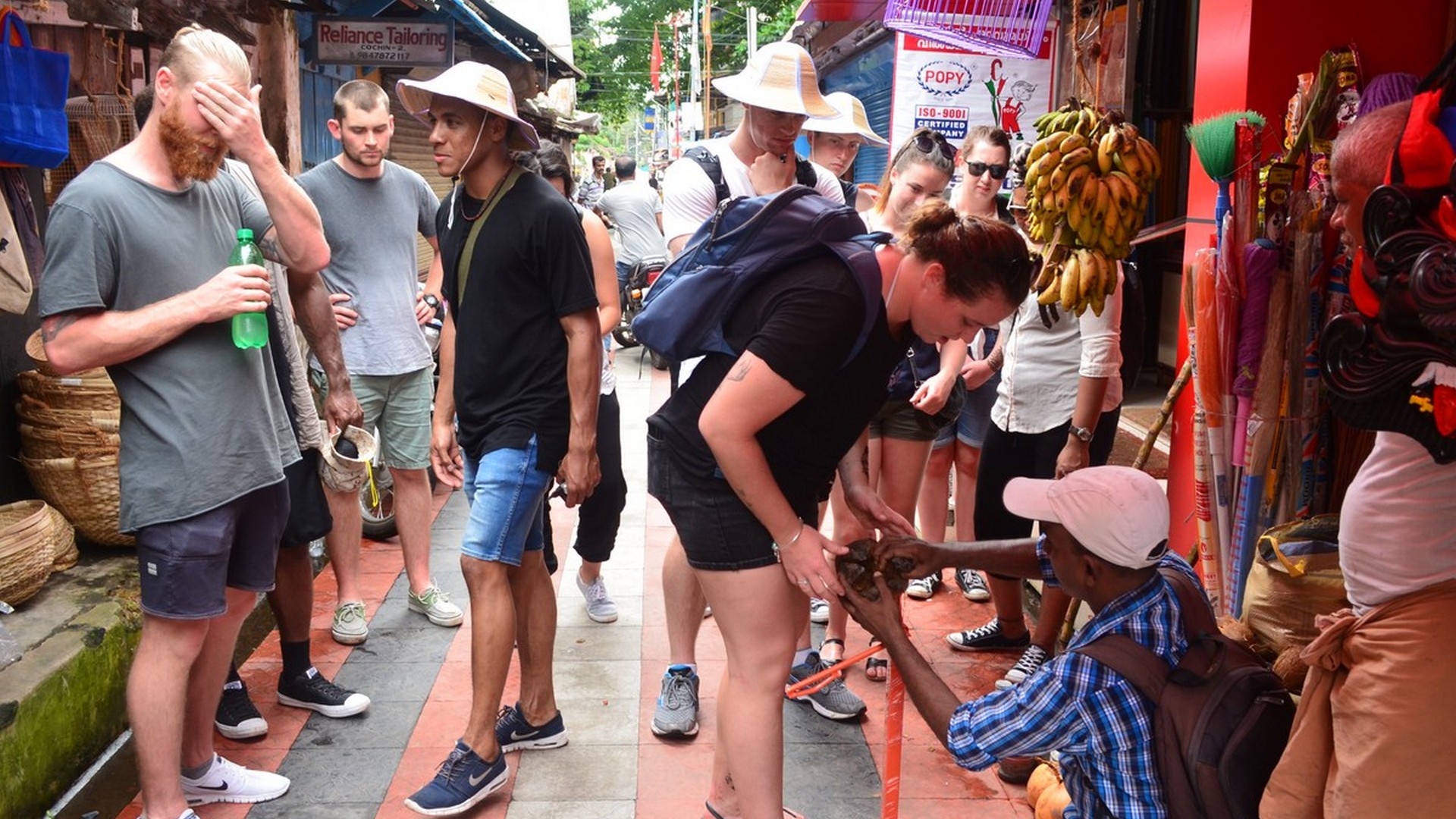 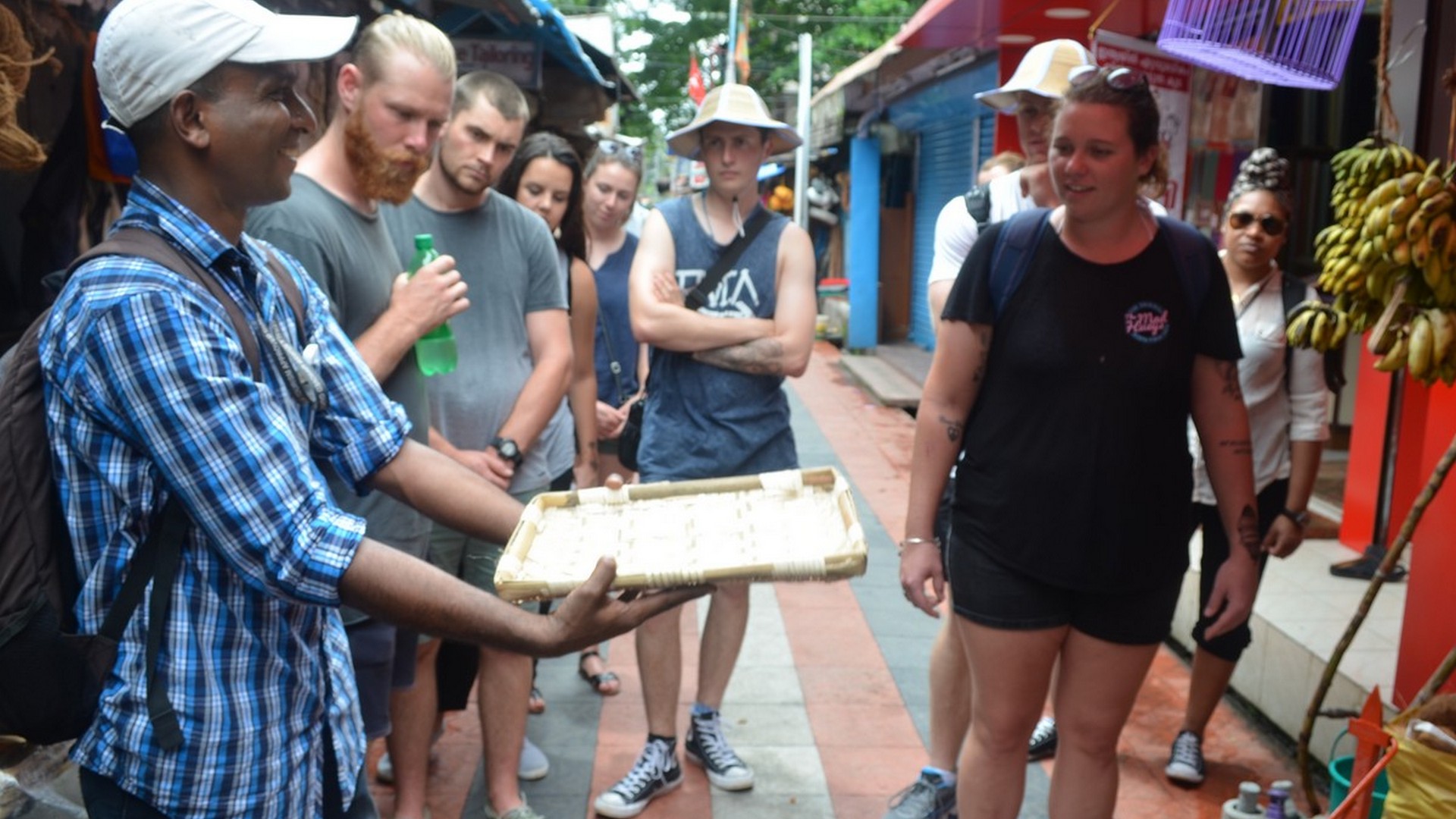 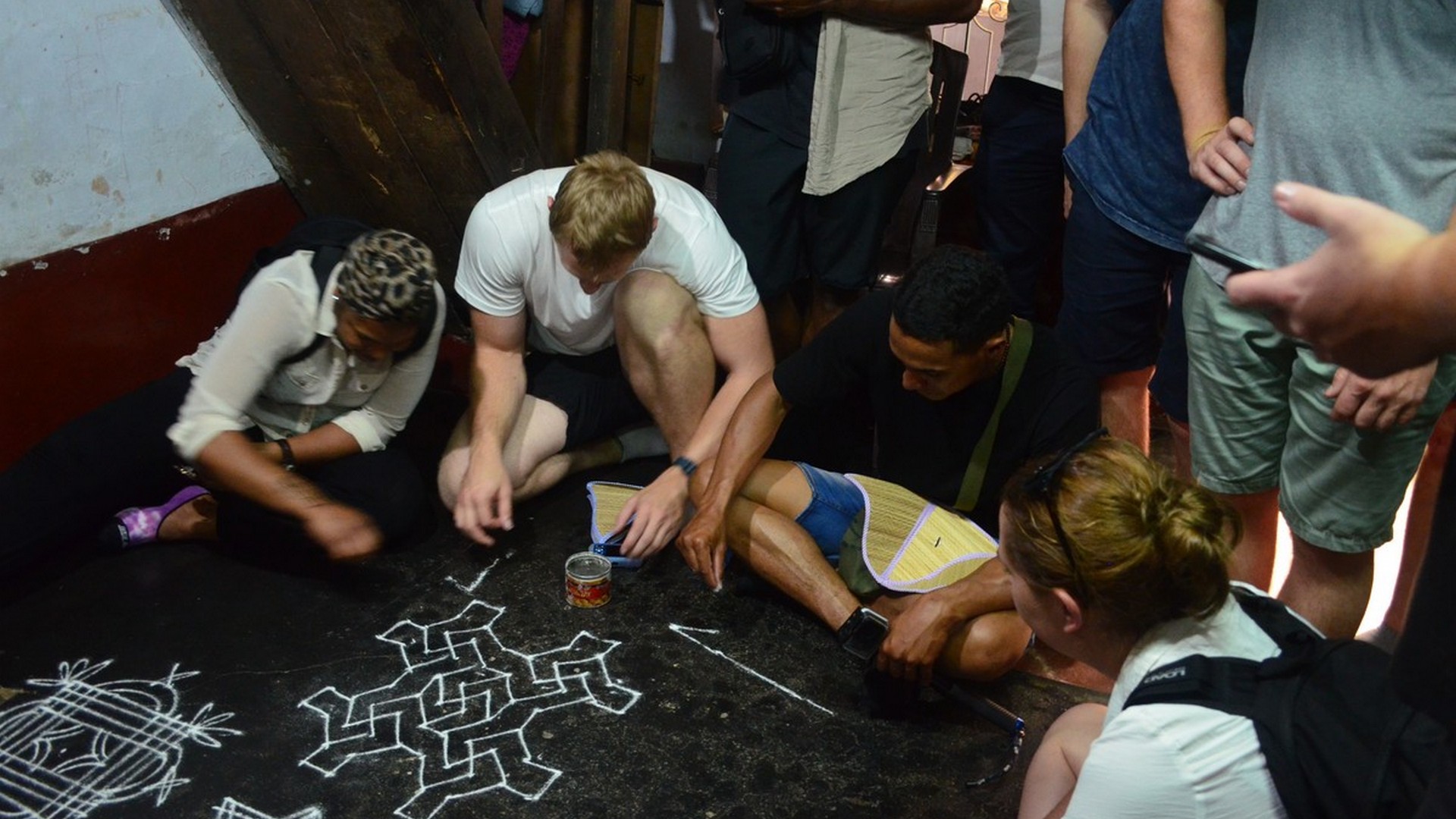 On this half-day cultural tour you will skip the typical crowded tourist sites for an opportunity to get up close and personal with the cultural side of Kochi, a popular city known as the Queen of Arabian Sea in the state of Kerala. Your English-speaking driver will pick you up from the dock for this part walking/part coach experience.

Join in with the fishermen trying their luck at catching fish with Chinese fishing nets and peruse the Fort Kochi Fish Market. At the temple of the turmeric goddess (Manjal Bhagvati) observe the temple offerings and ladies can participate in a group henna application for a nominal fee at a nearby house. Visit the local food markets where you can see the wooden instruments used to make meals such as puttu and appam. While at the market watch a Papadum making session, this thin, crisp, disc-shaped dough has a nutty taste and is made from peeled black gram flour.

Visit the beautiful Tirumala Devaswom temple and an old palace with traditional Kerala granaries to save rice that is being renovated. See Sarpa Kavu, or the Abode of Snakes. Naga Raja (King of the Snakes) and other Naga Devatas (snake deities) are represented here and they routinely receive ceremonial offerings.

Make your way to Koonankurishu Palli, a revered pilgrim center for Christians in Kerala that contains the resting remains of St. George. Consecrated in 1751, this church was the first in India and played a crucial role in shaping the leadership of the church body here. Proceed by car to the nearby Abode of Negroes and learn of their Black magic traditions.

Conclude your tour with a kolam making demonstration at the Brahmin Hindu Agraharam which is the Hindu Quarter in Fort Kochi. This Southern Indian style of geometrical line painting uses rice flour and other colored powders and is traditionally created in front of Hindu houses by female family members who will help you create a kolam before your ride back to the ship. Book now to observe and participate in the rich cultural diversity of the Kochi people.

Why we love this

What is not included